Welcome to JUMPSTART, an on-demand music career consultation and coaching service provided by Music BC. This program is designed as a platform to connect BC musicians and music professionals with career support to help accelerate their music-related project.

Music BC is offering an opportunity for BC-based music professionals, companies and artists to meet 1-on-1 with a selection of professionals with experience in an array of skills and backgrounds in the industry. This program will offer consulting & career coaching to Music BC Members and non-members to help them reach their career or music-project goals. 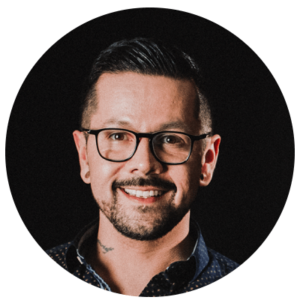 Jeff Ojeda is an artist manager with over 15 years of experience in the music & creative industries. From managing music artists, conceptualizing brands, to tour managing & teaching musicians from across North America… Jeff is no stranger to the currency and complexities of the music industry. 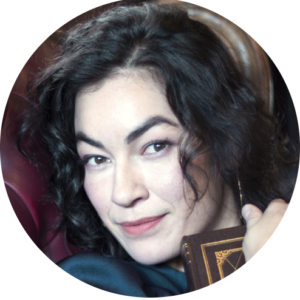 Kristina (she/her), is an Artist-Advocate from Hong Kong with over 15 years working internationally as a curator, creator, and connector. She specialises in mentoring, developing pathways and advocating for all level of careers in front of and behind the lens of Media & Entertainment; from crafting a single resume for a fund-applying artist and connecting creatives to resources in their industries to developing, and producing regional and national initiatives in Music, Film and Entertainment. Kristina has helped hundreds of post-secondary graduates with resumes, covering letters, and job applications, with notable jobs landed at Microsoft, EA, 604 Records, Live Acts, Digital Sound Magic and more. She has also moderated panels and participated as a juror for provincial and international organisations including Monstercat, Music BC, Creative BC, and VIMA Global Music Awards. She has over five years of combined board experience with Cushy Entertainment, Music BC and FIO Entertainment and has delivered lectures for Kwantlen Polytechnic and Capilano University. She has worked with or provided consultancy in Media careers from local industry individuals to global brands including the American Classical Orchestra, Nimbus School of Recording & Media, and RIFF.

Kristina is the co-founder of Bombshell Brunches, a weekly podcast and lifestyle and career-centred community platform, and is a working actor and singer-songwriter with national tours, network television and global commercial campaign credits. She believes strongly in the necessity for hybrid arts-advocacy careers, and facilitative leadership, by creating active succession plans and greater accessibility into positions of influence. With over ten years of event and project planning, proposal writing, community initiatives, research and development, Kristina enjoys her roles in public engagements, performance, moderation and community building. As the current Executive Vice President of Corporate Social Responsibility for Prolific Media Holdings, she holds a strong passion for reducing barriers to entry for emerging creators and creatives, and envisions a world where full-time creative careers are visible, sustainable, fulfilling, and highly valued. 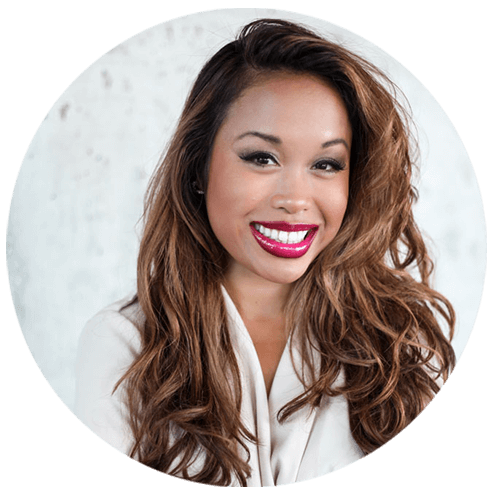 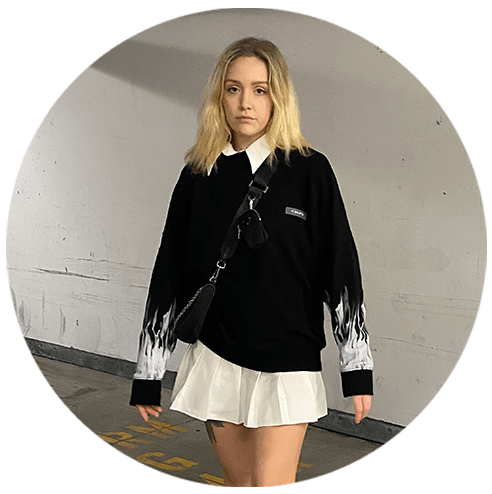 Natasha is a diverse creative leader focused on branding in the music and corporate industries, working on projects with Adidas, Bauer, Internet Money, Rogers Arena, and more. She works as a Branding Director for Analog + Digital (Brand + Web Agency), is a Creative Director for Chaos Club Digital (Record Label and Creative Lab), Creative Director for Boslen (Artist), and General Manager at 2track Entertainment (Music and Photo Studio). Natasha studied Communication Design at Emily Carr University but doesn’t like to be defined by a title – working on many side projects as a director, editor, producer, social media manager, industrial designer, and photographer. 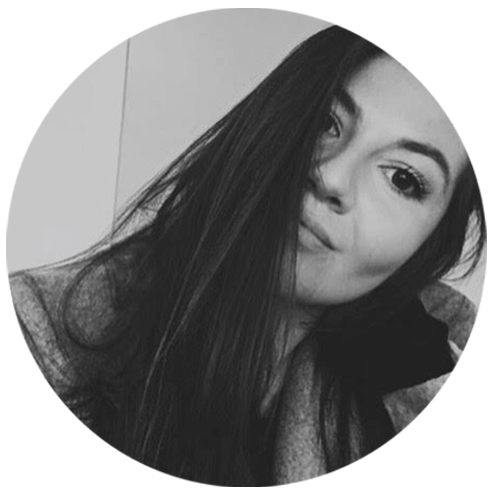 Over the past five years, Shania has been a continuous pillar of advocacy for local artists here in BC. Her roles in the industry have varied from showcasing talent through booking live shows and events, highlighting artists’ upcoming projects through her journalism, and contributing to bringing artists’ and music companies’ ideas to life with grant writing.

Through booking and promotions, Shania has curated 40+ live shows and has showcased 150+ local artists. Her music journalism has also showcased local artists via her “Monthly Artist Spotlight” series. In addition to local artists, she has interviewed international artists such as Grammy-nominated duo Sofi Tukker. In between those, Shania continues to pillar for local artists from beyond the stage and blogs by providing grant writing services for artists and music industry based businesses. A few organizations Shania has written grants for consist of FACTOR, Radio Starmaker Fund, Creative BC, Canada Council and the Alberta Foundation for the Arts. Nowadays, Shania resides as a full-time Grant Specialist for the indie record label 604 Records (inclusive of Light Organ Records, Comedy Here Often? and Simkin Artist Management). Home to Carly Rae Jepsen, Marianas Trench, Dallas Smith, Coleman Hell, and many more. 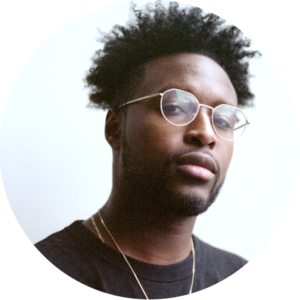 Negele Hospedales is a versatile communications specialist focused on optimizing digital strategy and brand development. With his clients he develops, formats, and scales brilliant campaigns and brings them to life in modern and exciting ways that captivate existing audiences and identify new opportunities. He’s worked with Universal Music Group in the UK and USA to develop digital strategies for developmental artists, as well as worked directly with artist teams across all genres and territories, including Cordae, Chance the Rapper, Juls, Jarreau Vandal, and Grace Weber. 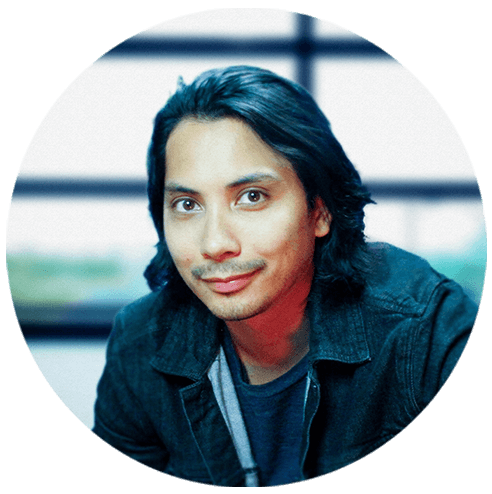 Music industry professional for 10 years and counting. Coming from a background in banking, Daryn joined the Feldman Agency in 2010 overseeing artist immigration and contract management. In 2014, Daryn joined Macklam Feldman Management assigned to Elvis Costello’s management team promptly followed by Diana Krall’s team a couple years later. He has also worked with artists to the likes of Ry Cooder, Lyle Lovett, Jordan Smith, Colin James, Sarah McLachlan over the years in addition to developing acts in the A&R division. 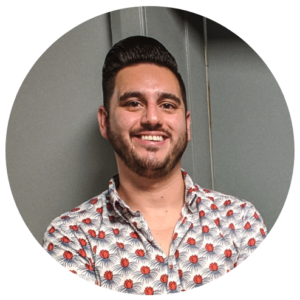 Matt Maw (Chippewas of the Thames First Nation) is the Director & Lead Artist Manager at Red Music Rising. Matt brings over 10 years of multi-faceted music industry experience to RMR, along with a passion for artist development and a mission to amplify Canada’s Indigenous artists on the global stage. Throughout his career, Matt has worked with some of Canada’s most celebrated artists, Indigenous and otherwise, including Tanya Tagaq, William Prince, Riit, Jeremy Dutcher, Broken Social Scene, and BANNERS, among others. A graduate of the Harris Institute for the Arts, Matt has previously worked alongside organizations including Arts & Crafts Productions, Six Shooter Records and New Constellations. 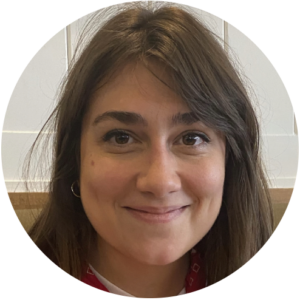 Esra Firatli (she/her) is a Toronto-based Label Manager at ArtHaus Music, overseeing all aspects of label operations. Prior to joining ArtHaus, Esra worked as Label Manager at Pheromone Recordings and Sleepless Records.

Esra was actively involved on the JUNO Awards’ Advisory Committee and has been a FACTOR Juror for 5+ years. She has participated on panels/workshops on a multitude of Canadian festivals and conferences across the country. 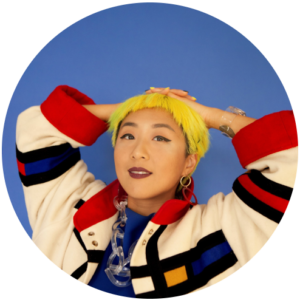 Nancy Lee(they/she), is a Taiwanese-Canadian DJ, interdisciplinary media artist, curator and music video director. Nancy is a co-founder of Chapel Sound, an electronic music and art collective supporting emerging artists, and CURRENT Symposium, an intersectional and multidisciplinary initiative featuring artistic and educational programming for women, gender diverse and artists of colour. They also run a small DIY production studio in Chinatown, Atelier 254, hosting shows, workshops and artist residencies. As a community music consultant, Nancy has worked with CreativeBC and City of Vancouver to improve the accessibility of their funding programs. Nancy works with artists and organizers in DIY and underground spaces, and genres spanning from rap, RnB, club, experimental electronic, ambient, bass, house and techno. Over the past few years, Nancy has received grants from Creative BC, City of Vancouver, Canada Council for the Arts and BC Arts Council. They are keen to offer support for emerging artists, BIPOC and queer artists, artists from immigrant families, and artists whose first languages are not English. 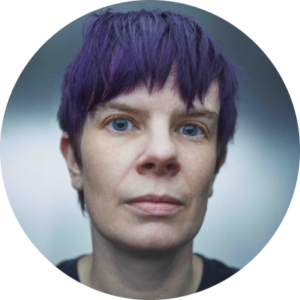 Rae Spoon is a musician and producer with twenty-five years of experience in the music industry. Their voice and song-writing are always the centre of their music which they perform out of a great respect for mutual connection with their audience. They have been nominated for two Polaris Prizes, a Lambda Literary Award and a Western Canadian Music Award. They have toured internationally in much of Europe, the USA, Australia and China.

Rae supports artists in forging their own spaces in the industry through sound recording workshops, mentoring, grant writing and music production. In 2015, Rae founded Coax Records in the hopes of using their experience as an under-represented artist to create more space in the music industry for others. They aim to build a community where artists from lots of backgrounds can share their music on their own terms. Coax Records has released four-six albums many of which have received a lot of media attention, won Juno Awards and been nominated for Polaris Prizes.

Please fill out the form below with all necessary information on your project, industry question or coaching category desired. Please include a 1st, 2nd and 3rd choice of Consultant.

Please review our Etiquette and Expectations document before applying.

Participants will be contacted by Music BC when their consultation request is approved and confirmed.

This program is supported by:

Feel free to contact kentya@musicbc.org if there’s a consultation category missing you’d like to see in the near future or if you’re a Consultant interested in participating in the program this year.